After scanning the widely divergent work by Brussels-based design studio Bold, it’s not hard to imagine that the founders were once graffiti artists. Poring over their multi-sensory patchwork of projects, all vying for attention with eye-catching patterns and bright colors, creates a sense of chaos that’s almost startling, at least compared to the pared-down aesthetic we’re typically seeing nowadays. But if founders Olivier Gillard and Vincent Losson have learned one thing it’s that they’re really good at creating patterns–so why not keep it up? This knack for pattern design is actually something of a recent revelation, discovered while working for musician Paul Stromae and his creative label, Moseart. Read the rest here. 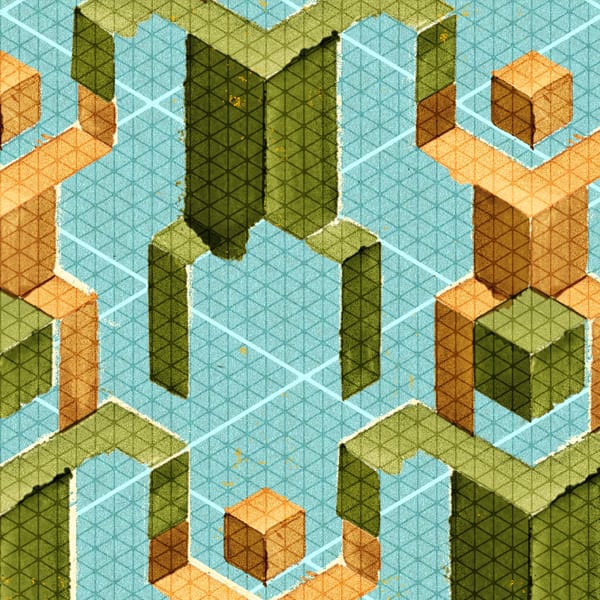 For the past few years those in the publishing arena have been bemoaning the demise of print, claiming e-devices will take over. Thankfully that hasn’t happened, and it likely never will. According to an article in the March 2 issue of Forbes, “ebooks make up only an estimated 23% of the $35 billion dollar industry–and Pew Research reports that just 4% of Americans are e-book only.” People still like the tactile qualities of books and they put their money on it.

Penguin Books creative director, Paul Buckley, says, “Originally there was reason to worry, but that worry is a thing of the past. It has become clear that most titles will sell in both mediums, and neither will destroy the other. Print lives another day!”

There are many factors leading to a successful book, marketing, shelf presence, good cover design, and of course, content. But what makes a successful cover design and what is the role of design and paper selection in the book buying decision? I asked Buckley to weigh in. Read the rest of the article here.

If Brooke Bucherie, the force behind the uber-popular @Goodtype Instagram feed, has learned anything from her sizable social media presence (150,000 followers and counting), it’s this: stick to what you know and do it really well. However, the Austin, Texas-based designer didn’t start out trying to take over #typography; she was just trying to organize the growing photo album of hand-lettered pics on her phone. Now, what began as a personal obsession has grown into a design destination for lettering junkies to see inspiring work, interact with one another, and post their own projects. So how did it all happen? Turns out it was actually kind of an accident. Read the rest of the article here. 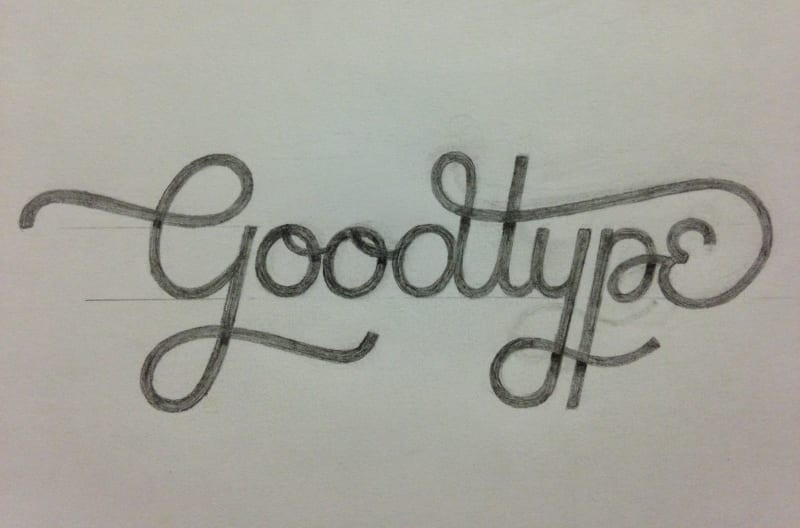 Blue is a cozy neighborhood bar sandwiched between a tax service and liquor store on Main Street by Sheridan Road. Husband and wife James and Jessica McGhee have operated the pub since July 2009. “We’re the bar for people who don’t like bars,” Jessica says.

In fact, it’s comparable to a café, but with spirits, featuring mix-matched, comfortable chairs, random art, and shelves filled with board games that patrons are encouraged to play. Even the eclectic mix of music has been carefully curated by the by the owners and includes artists like The Smiths, The Pharcyde, and Postmodern Jukebox , as well as local artists The Amazing Kill-O-Watts. It’s not unusual to see people playing a game of Jenga or Connect Four while imbibing IPAs. Read rest of story here. 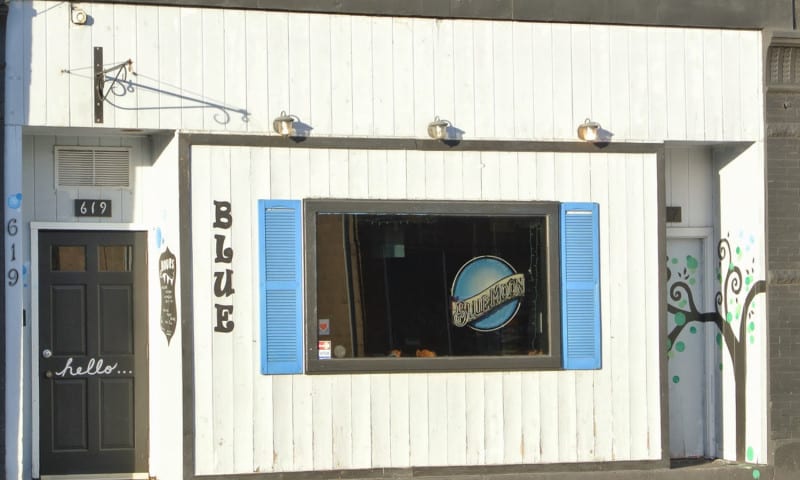 Operating out of studios more than 6,200 miles apart, partners Philipp Hubert (New York) and Sebastian Fischer (Stuttgart, Germany, but soon to be Berlin), of Hubert & Fischer (pictured above), have managed to create an enviable portfolio of exquisitely executed book designs, primarily featuring the work of artists, while subtly (or not so subtly) emphasizing the artists’ eccentricities on the page. They’ve garnered a bevy of awards for their editorial and type design from the Type Directors Club, Design Observer, from us at AIGA, and internationally from the Czech Republic, Japan, Germany, and Moscow. Read the rest here. 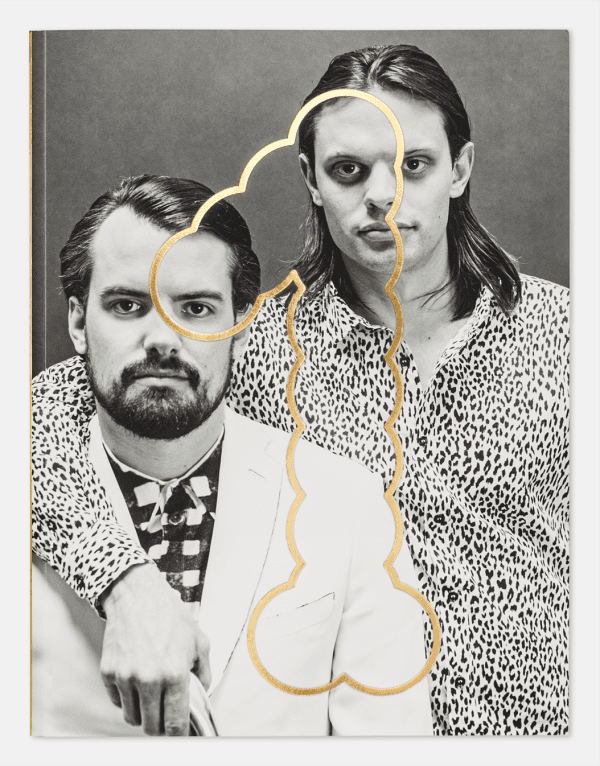 In 2011, Modern Dog cofounders Robynne Raye and Michael Strassburger, were facing a legal copyright battle with Disney Consumer Products and Target Corporation, and they had to make some difficult choices. If they pursued the copyright lawsuit against the mammoth companies, they would need as many resources as possible, which meant possibly going bankrupt and losing their business. Or they could give up, which is what a lot of small companies do when faced with this reality. Raye says she learned a valuable lesson from this case: “Copyright laws are pretty much set up to protect corporations, not people or small businesses, because they are the only ones who can afford to fight it.” If you’re not familiar with the case, you can read the back story here and here.

Fortunately for the design community, Modern Dog did fight back. After more than two and a half years of building a case and hiring attorneys and expert witnesses—which created a financial hardship for Raye and Strassburger—the defendants eventually settled with Modern Dog rather than going to trial. But, the damage was already done. In the process, they downsized and restructured Modern Dog, letting go of their employees, and selling the building that was home to their studio. Strassburger got a full-time job, and Raye teaches full time. Modern Dog is now a part-time endeavor.

However, instead of being bitter about this, they are relieved. After running a business for 28 years, they were burnt out. Raye says, “Every month we knew we had to pull in $25,000 just to keep the business going—paying employee salaries and health benefits, taxes, and everything else.” She also admits that many times her business judgment was clouded by emotions. “I’ve taken care of a lot people. Before I would pay myself, I did things like pay attorney’s to help sponsor H1B visa employees . Extra costs are really hard for most small businesses to absorb. I don’t regret any of it but I do realize that it did not necessarily make me a good manager. I just don’t want to take care of anyone any more.”

She adds, “It’s actually quite liberating not having a staff that’s dependent on you. I’m a lot happier and I’m making the same amount of money doing less projects because I don’t have all that overhead.” She brought Modern Dog home, literally, building a new office in the lower level of her home using some of the money from the sale of the studio. She and Strassburger now take on limited projects as Modern Dog, which allows them to pick and choose what’s right for them. “I have to be really careful not to overbook myself. If someone needs something fast, I can’t do it. After working this long in the field, I feel I’m entitled to working under different, and more realistic, conditions. My work is much better when I have time to think before I hit the paper or computer,” she says.

In the end, Raye has created a nice life/career balance. She teaches design full-time at Cornish College of the Arts, which still enables her to nurture people, without being emotionally and financially invested in their lives. She also loves the creative work she is now doing. She recently finished a big project for Nordstrom, in which she created cityscape illustrations for gift cards. When she showed the project to a friend—someone she’s known for 15 years—he said he had no idea she could do illustrations. It hit her, that as a business owner, she turned over this kind of work to her staff, rather than taking it on herself. “It’s so nice being able to do more of the creative. Working with Nordstrom was fun and I’m really proud of the work that I did for them.”