Last Thursday I managed to get out of Boston while Pax was moving in, only to encounter more bad weather in Peoria on Friday, while trying to drive to Memphis. Lisa and I were headed there to run a 10k on Saturday and meet up with my friends, Cathi and Jo, who were also running. After more than seven hours in the car, we were so relieved to see the city skyline as we neared Memphis. So, of course, right after we checked in, we joined Cathi and Jo at The Tap Room, where they were already three drinks in. 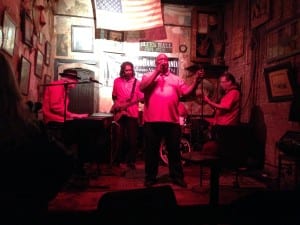 That night we listened to some great music, ate some horrible food, and got in in time to get plenty of rest for the race the next morning … until the fire alarm woke us up at 12:30. As we slogged down the steps, we were informed that there was a candle fire on the third floor. Ah yes, it was Valentine’s Day, so some dude was likely trying to impress his lady by candle-light. That douche caused me some serious shut-eye! 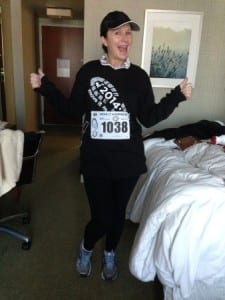 We all got up bright-eyed and bushy-tailed ready to conquer the road (that is Jo Breaux, ready to go!), although it was much cooler than any of us anticipated—only 33 degrees in Memphis!! Luckily, Lisa and I are used to the cold, so it didn’t faze us too much. The girls from Louisiana, on the other hand, weren’t used to it, but adapted just fine.

The race route went through some really beautiful areas of Memphis, that I wouldn’t otherwise have seen–running through a brownstone residential area to the Mississippi river, through some industrial areas. But I sure was glad when I caught sight of the FedEx Forum where the finish line was located. I got a little too excited and sped up, only to discover it was a little further along than I thought. But, there was a little girl, probably about 8 years old, kicking my ass, so I kept going, trying to keep her in my sight. I’m not below competing with a kid, even if she doesn’t know it.

After the race, Lisa and I reunited with Cathi and Jo to have a celebratory beer, then head back to our room to shower and head out for the day. We had a great time in Memphis hitting up the local favorites such as Local, the Blind Bear Speakeasy, Flying Saucer Draught Emporium, and of course the many jazz joints on Beale Street. 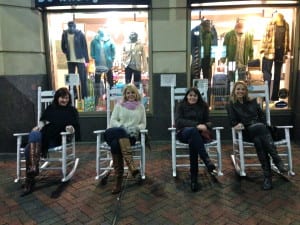