Whether he’s teaching, designing, or hitting the road on his motorcycle, Marc English never takes the prescribed route. No, he likes to distance himself from the tried and true, sticking to his gut instincts and following his muse.

English has become widely known in design circles as an eccentric with an appetite for adventure. He’s crisscrossed the U.S. on his Triumph Bonneville, meeting new people, sketching, speaking, and always searching for the best piece of pie. Here he talks about his journeys, people he’s met, things he’s seen, and his role in design.

What exactly are you up to these days?

For the last couple of years, I’ve been beating this expression into the ground, when folks ask what I’m up to: “As little as possible, and I don’t even start that till noon.” The truth is, I’m doing what I’ve been doing for the last thirty years: living life as best I can, with design and education paying the rent. Just more than a year ago, I was speaking at a conference in Palm Springs, and the name of my talk was “The Career I Never Wanted,” as I have never wanted to work for myself. Always wanted to work for someone older, smarter, more talented, that would take me under their wing. Life doesn’t always work the way you’d like, so I’ve had to suffer the consequences of my choices.

At the Boston HOW Conference of 1994, the late Gordon McKenzie, then creative director at Hallmark, spoke movingly about life in design, acknowledging the safest one can be is in an underground bunker with no windows or doors. I liken that to any number of dead-end design gigs — I’ll let the reader fill in the blanks as they see fit. On the other hand, Gordon said the most free one can be is in free-fall from an airplane without a parachute. I’d say that to a degree, I’ve been in the latter category, and after having my own gig for 23+ years, am lucky enough to have not yet hit ground. Before I hit, I’d like to find an equilibrium and halfway point between the two. Read the rest of the interview here. 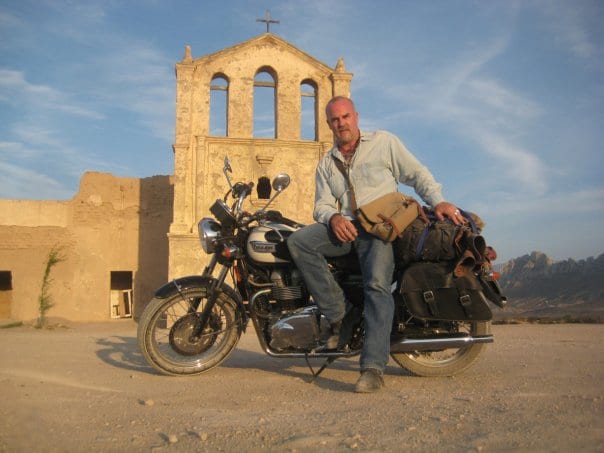