Our friends to the North, Everlovin’ Press in Kingston, Ontario, have created a new series of fine letterpress prints called The Canadianist, featuring five illustrations from select artists to comment on Cananadian culture, from high to low .

Illustrator Tom Froese and Everlovin’ conceived the series to promote the Canadian design and illustration community and showcase the beauty of letterpress. They had previously collaborated on a postcard series entitled Greetings From Canada with a similar tongue-in-cheek mandate.  The Canadianist is their sequel to that. Five artists were invited to address one theme each: Fashion, Food, Flora, Know-How, and Colloquialisms.

Froese says, “Vince and I have a passion for letterpress, and of course would like to establish Everlovin’ as the choicest letterpress printer for designers in the country.” They chose the artists and assigned them themes that they thought would suit their styles and would provide lots of potential for ‘assemblages of Canadiana.’” Read the rest here. 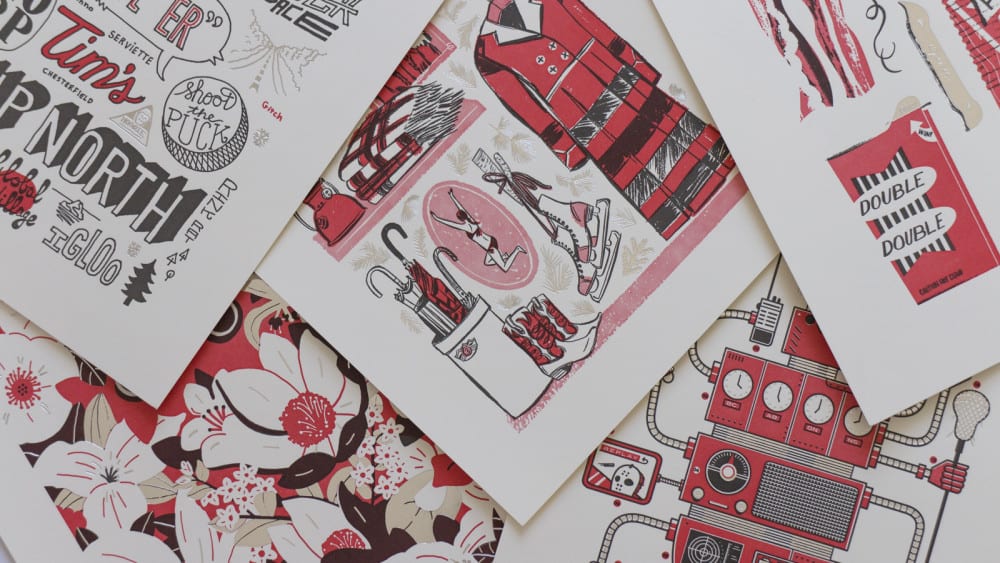