The crude, messy nature of screenprinting is exactly what attracted designer Ryan Duggan to his craft of making what he calls, “Ugly Art.”

In Chicago, where the temps are currently freeze-your-ass-off frigid, the print scene is hot. “We have more pro-level screen printers in this city than anywhere else in the world, and yet it’s not an ugly competition. Everyone helps each other out. I love it here,” says Ryan Duggan, a one-man screenprinting machine, churning out posters, invitations, and art prints in the Windy City.

He’s printed hundreds of gig posters since 2006, when he came to his senses after studying advertising copywriting at Columbia College in Chicago. “I realized I had zero interest in working in an ad agency,” he says. I’m sure his parents were thrilled. Fortunately, in high school he learned how to screenprint from a temperamental guy named Zim. Duggan recalls, “He would absolutely lose his shit if you called ink ‘paint.’ To this day, I cringe when people use the wrong term, expecting Zim to jump on a table and scream.” Read rest of article here. 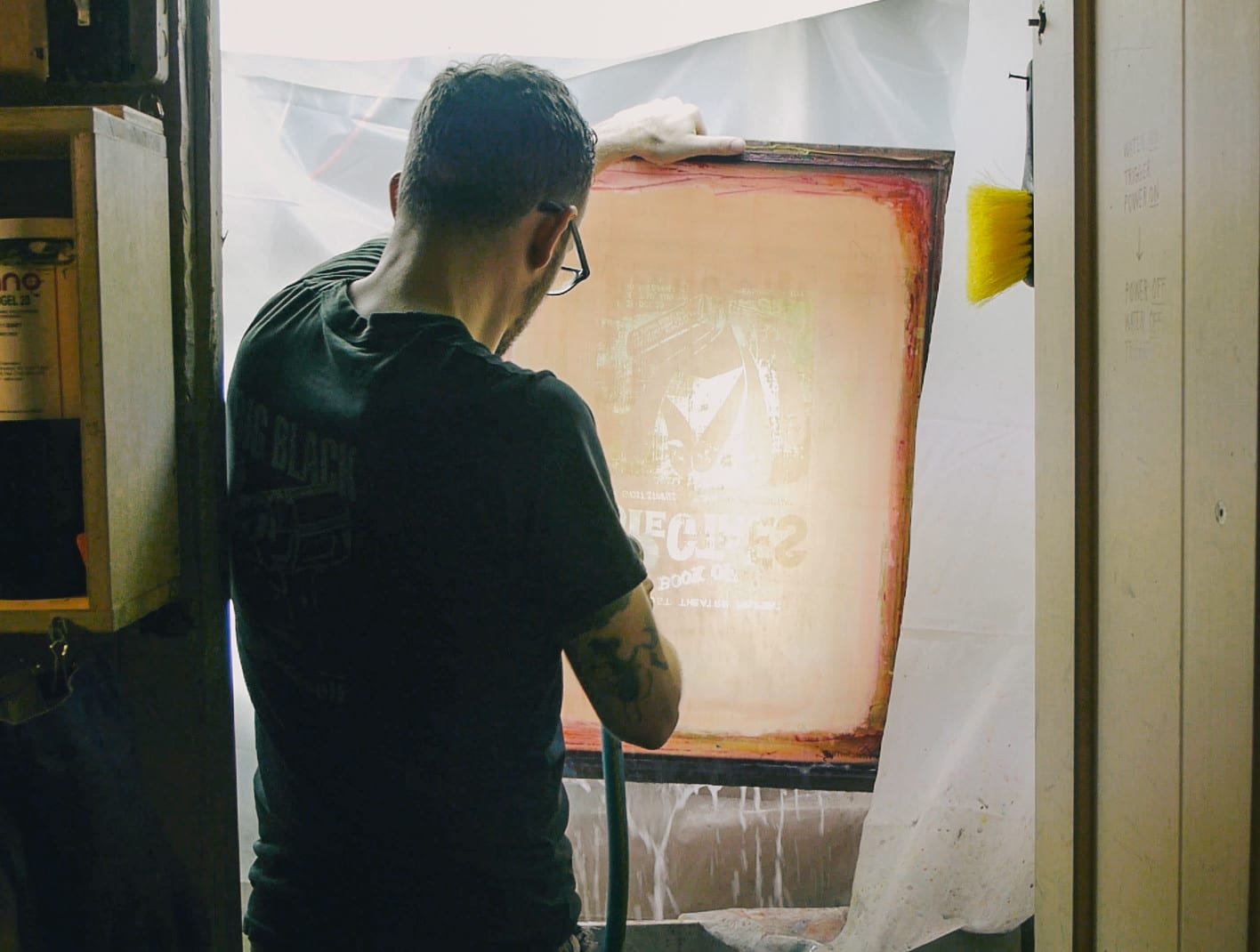