Though Alvin Lustig left this earth more than 60 years ago, his modern design influence has left an indelible mark in design history. It’s hard to believe that he died so young, at age 40—when most of us are hitting our career stride—considering his output and influence in mid-century modern design. Thankfully, his widow, Elaine Lustig Cohen, carried on his legacy and has ensured his works would never be forgotten.

In 2010, the book Born Modern, written by Steven Heller and Lustig-Cohen, was published. It encompasses Lustig’s design accomplishments and details his theories on design. It also talked about his influences in typography, which sparked an idea for designer Craig Welsh of Go Welsh, based in Lancaster, Pa. He wanted to revive a font originally designed by Lustig in 1930, called Euclid, and turn it into a woodtype font family. Welsh, who holds degrees in architecture and graphic design, is an avid student of design history, typography, and poster design. His work has been published on both sides of the Atlantic and he has won recognition at every major design show and publication. Read the rest here. 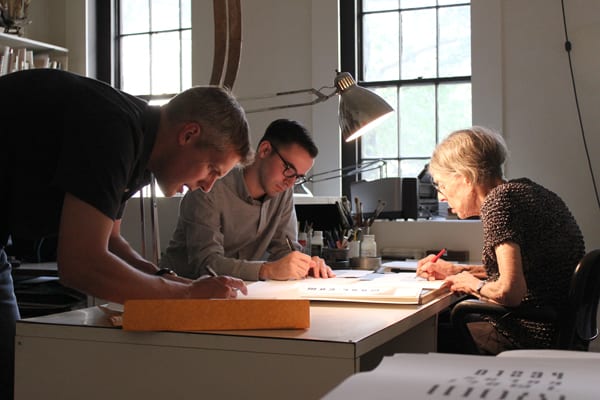