Skip to content
by: adminPosted on: April 5, 2017April 5, 2017
You know how when you see something new and say, “Gee, I had that same idea. I could have done that.” But you didn’t? Most of us say that, but we never act on it. Meet Yo Santosa. When she puts her mind to doing something or filling a niche that hasn’t been filled, she goes for it.

Santosa, who has called Los Angeles home for 13 years, was born in Indonesia and raised in Singapore, before emigrating to the U.S. at age 17. She graduated from Art Center College of Design, just four years later. In 2006, she opened her branding agency Ferroconcrete, where she helped her first client, Pinkberry, grow from one store to a global brand with more than 200 stores worldwide.

She’s taken that branding expertise and created her own start-ups in vastly different categories. In 2013, she launched Commodity, a fragrance company with a mission to make fragrance personal (it has been featured in GQ, Fast Co., Esquire and W Magazine), and in September 2014, she founded and published the first issue of LA Downtowner, a cultural publication for Los Angelinos looking for fun, food, and fashion.

Here Santosa talks about her entrepreneurial drive and the realities of wearing so many hats at once.

What is the meaning behind the name of your agency?

Ferroconcrete is another term for reinforced concrete, which enabled the building of bridges and multiple-story buildings. It’s a metaphor for building brands into skyscrapers. But that’s the long answer. The short one; simply, I love concrete. Read the rest of the interview here. 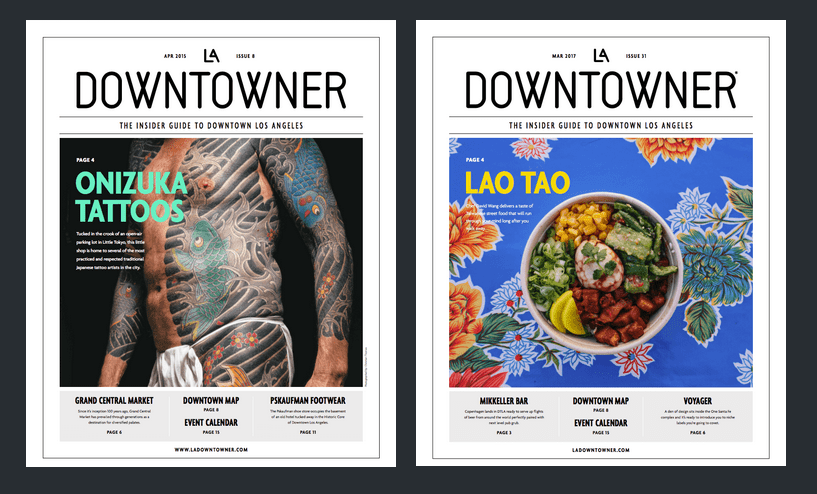